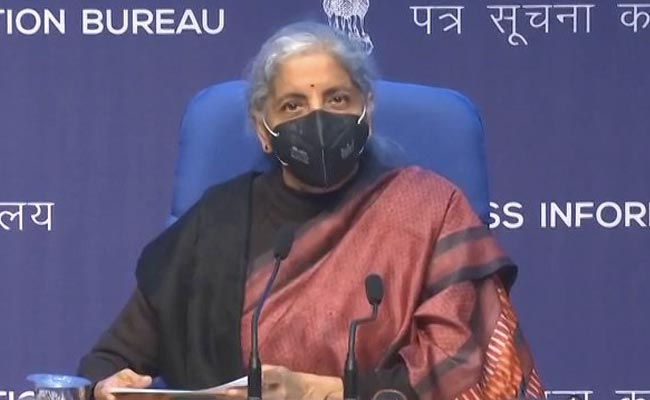 Government on Tuesday said that it will oppose the international award given to Devas Multimedia Limited, after the Supreme Court on January 17 had quashed the company’s appeal challenging the National Company Law Appellate Tribunal’s (NCLAT) order to liquidate it.

Commenting on the Supreme Court upholding the NCLAT’s decision to wind up Devas, she blamed the erstwhile UPA regime for not appointing an arbitrator in the matter and also for not invoking the clause of national interest.

In 2005, Antrix, the commercial arm of Indian Space Research Organisation (ISRO), had agreed to develop and operate two satellites and lease out 90 per cent satellite transponder capacity to Devas.

However in 2011, during the regime of the UPA itself, the deal had been cancelled, though Devas challenged the decision in international arbitration and was awarded Rs 15,000 crore in damages.

Ms Sitharaman while speaking at length on the Supreme Court’s January 17 order, alleged that the Antrix-Devas deal was a fraud and has caused huge damage to the exchequer.

“This was a fraud. It came out clearly in the Supreme Court of India’s judgement,” the finance minister said.

She accused the Congress-party led UPA regime for allowing the fraudulent deal and letting it linger for so many years.

“In 2011, when the whole thing was cancelled, Devas went to international arbitration, the Government of India never appointed an arbitrator. It was reminded to appoint arbitrator within 21 days, but the Government didn’t appoint any,” she said.

“The Supreme Court order shows how the UPA government indulged in wrong practices. Antrix-Devas deal was against national security. It should be Congress party’s turn to tell how this kind of fraud was perpetrated on people of India,” she added.

The finance minister said that it was only after the Narendra Modi – led NDA came to power in 2014 that the entire matter was taken from one court to another.

“Government is fighting in every court so Devas does not get away with Antrix deal fraud,” she said.

By adminJanuary 18, 2022Leave a Comment on Government To Oppose International Award To Devas, Says Finance Minister