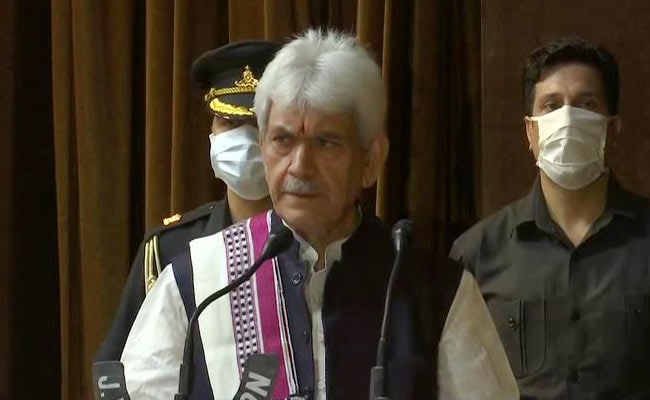 UAE-based retail major Lulu group on Thursday said it will invest Rs 200 crore in Jammu & Kashmir (J&K) to set up a food processing and logistic hub.

The Lulu group signed a memorandum of understanding (MoU) with the J&K government in this regard, the company said in a statement.

The company will invest Rs 200 crore in the first phase.

The announcement was made by Lulu Group Chairman Yusuff Ali M A in the presence of J&K Lieutenant Governor Manoj Sinha during the MoU signing ceremony held in Dubai on Thursday.

Manoj Sinha, who is on a three-day official visit to the UAE, also inaugurated ‘Kashmir Promotion Week’ at Lulu Hypermarket, Silicon Central Mall.

Mr Sinha termed it as a “historic agreement” and said the trade between Jammu & Kashmir and Dubai has remained steady and it reflects the resilience of the deep economic linkages.

“Relations between India and the UAE are long-standing and deep-rooted. People-to-people contact and trade have seen momentum in the recent years under the leadership of Prime Minister Narendra Modi,” the lieutenant governor said.

Last month, the Lulu group announced an investment of Rs 2,000 crore near Ahmedabad to set up a modern shopping mall.

It also announced an investment of Rs 500 crore to set up a food processing plant in Greater Noida, Uttar Pradesh.

The company will set up 100 per cent export-oriented food and agri-produce processing park in Greater Noida in Uttar Pradesh.

The Lulu group currently has 220 hypermarkets and  shopping malls in the Middle East, Egypt, India, Malaysia and Indonesia with a global workforce of over 57,000 employees.

By adminJanuary 7, 2022Leave a Comment on Lulu Group To Invest Rs 200 Crore In J&K, To Set Up Food Processing, Logistics Hub