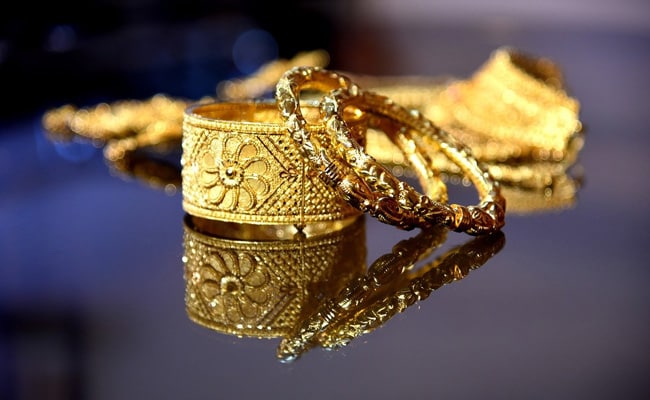 Gold price on January 18, 2022: Yellow metal prices were flat in domestic and in international markets

Yellow metal prices were sluggish on Tuesday, January 18, as on the Multi-Commodity Exchange (MCX), gold contracts were marginally down 0.08 percent to Rs 47,877 for 10 gram.

Meanwhile in the international market, gold prices were flat, pressured by higher US treasury yields, as investors looked for clues about the Federal Reserve’s interest rate hike timeline from its policy meeting next week.

Global investor attention remains fixed on the US Federal Reserve’s January 25-26 meeting after central bank officials signalled they would start raising interest rates in March to tame inflation, which rose 7 per cent last month from a year earlier – the fastest pace in nearly 40 years.

Gold’s near-term fate lies in Federal Reserve’s hands and how quickly they raise interest rates over the next half year, said Stephen Innes, managing partner at SPI Asset Management, adding that the metal was likely to remain range-bound and possibly turn negative going into the meeting.

“Every day we are trying to figure out how significant the hawkish Fed is going to be relative to other geopolitical risks engulfing the market, like the situation in Ukraine, which continues to keep a bid under gold right now,” Mr Innes said.

By adminJanuary 18, 2022Leave a Comment on Yellow Metal Slides Marginally On MCX